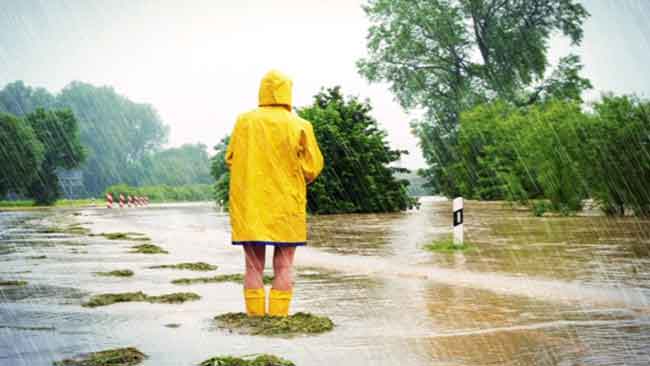 Climate or weather? It’s all a matter of time

This year’s record-breaking cold snaps in the U.S. and flooding in drought-stricken regions can be confusing in a world of rising temperatures and sobering climate predictions. How could global warming be real when it’s so cold in Chicago? Why are we told to expect more wildfires and droughts when the streets are flooded in Australia during summer? The answer is time.

It is difficult for scientists to attribute specific weather to climate change, so it is understandable when the average person overlooks the difference between such closely linked phenomena. Weather is defined by meteorological conditions over a period of hours, days or even weeks, while climate is measured in data that covers much longer timespans, usually at least 30 years. Weather fluctuates constantly, while climate follows a general pattern. More simply put, weather is the clothing you put on today, while climate is everything you keep in your evolving wardrobe collection. Or, using the human brain as an analogy, weather is your mood and climate is your personality.

Every day, we experience weather at a local level and become frustrated with inaccurate forecasts, but long-term averages drawn from meteorological data produce reliable trends that enable scientists to identify changes in the climate. These shifting conditions may not be obvious to us on the ground, but they are statistically evident over time. For example, a short-term cold spell broke records in some U.S. towns this year, but these low-temperature milestones are becoming increasingly rare and are outnumbered by heat records on a global scale. According to the World Meteorological Organization (WMO) – which is celebrating World Meteorological Day on 23 March – the Earth has now had more than 400 consecutive months with global temperatures above the 20th century average.

“In general, and at a global level, there has been a decline in new cold temperature records as a result of global warming,” WMO Secretary-General Petteri Taalas said last month. “But frigid temperatures and snow will continue to be part of our typical weather patterns in the northern hemisphere winter. We need to distinguish between short-term daily weather and long-term climate.”

While weather and climate are different, they are not unrelated phenomena. The rising air and sea temperatures associated with climate change are expected to cause more frequent and intense weather events, such as floods, storms, heatwaves and droughts, in the coming decades. And this year’s ‘cold wave’ in the northern hemisphere was largely triggered by migrating Arctic winds known as the polar vortex, which some suggest may be moving south due to climate change. Understanding these complex relationships is the main task of research scientists and meteorologists, who try to educate the public on what is and isn’t climate change.

The link between weather and climate is the subject of an emerging field called attribution science, which aims to establish the degree to which specific extreme weather events are caused by human-induced climate change. This may have legal implications for governments and companies that fail to implement measures to curb greenhouse-gas emissions. The Copernicus Climate Change Service (C3S), implemented by the European Centre for Medium-Range Weather Forecasts (ECMWF) on behalf of the European Union, is preparing a pilot programme designed to improve our understanding of the relationship between the two phenomena.

Is it weather or is it climate? You may not have to ask that question on your next summer vacation to the French Riviera, but it pays to be prepared in any case. So, pack something warm and remember: Climate is what to expect and weather is what you get.