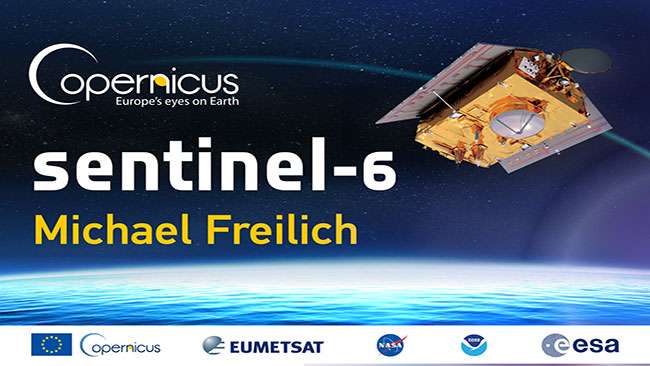 Scheduled for launch on 21 November 2020 from the Vandenberg Air Force Base in California, USA, the Copernicus Sentinel-6 Michael Freilich satellite is the first of two identical satellites to provide critical measurements of sea-level change.

Once safely in orbit, the satellite will continue the long-term record of reference sea-surface height measurements and extend the records of sea level into its fourth decade. The satellite will map 95% of Earth’s ice-free ocean every 10 days and provide crucial information for operational oceanography and climate studies.

Since sea-level rise is a key indicator of climate change, accurately monitoring the changing height of the sea surface over decades is essential for climate science, for policy-making and for protecting those in low-lying regions at risk.

The satellite was renamed in honour of Michael H. Freilich, the former director of NASA’s Earth Science Division. The Copernicus Sentinel-6 mission is a true example of international cooperation. While Sentinel-6 is one of the European Union’s family of Copernicus missions, its implementation is the result of the unique collaboration between ESA, NASA, Eumetsat and NOAA, with contribution from the French space agency CNES.