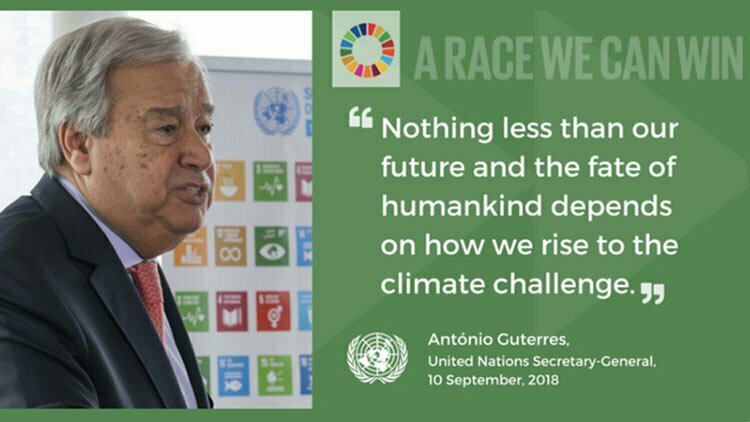 To address the urgent need to combat climate change and achieve the objectives of the Paris Agreement, United Nations Secretary-General António Guterres is organizing a summit in September 2019. Climate change is being felt all over the world, with very real consequences on people’s lives. They disrupt countries’ economies, cost us dearly today and will cost us even more tomorrow. But it is becoming increasingly clear that affordable and scalable solutions are available today that would allow us to move towards cleaner and more resilient economies. As early as November 2018, 184 countries and the European Union joined the Agreement, which entered into force at a record speed. Countries have developed their own climate action plans in accordance with the Paris Agreement, but the sum of these plans is insufficient to limit the increase in global warming to a level well below 2°C. It is essential for countries to strengthen their strategies to achieve the objectives set out in the Paris Agreement, and to raise their ambitions to combat climate change. To support efforts to implement the Paris Agreement and strengthen climate ambitions and action, UN Secretary-General António Guterres will invite world leaders, including governments, finance, business and civil society, to the Climate Action Summit on 23 September 2019. The summit will take place exactly one year before countries need to strengthen national climate commitments in accordance with the Paris Agreement. The Secretary-General stated: “Only considerably higher ambitions will do. That is why the Summit will focus on the areas that are at the heart of the problem, namely the sectors that generate the most emissions and the areas where the development of resilience will have the greatest impact.”
“The Summit will give leaders and partners the opportunity to share concrete actions on climate change and to express their ambitions.”

In order to ensure that the transformative actions in the real economy are as impactful as possible, the Secretary-General has prioritized the following action portfolios, which are recognized as having high potential to curb greenhouse gas emissions and increased global action on adaptation and resilience.

In addition, there are three additional key areas:

What are Sustainable Development Goals or SDGs?

There are 17 SDGs and their main objective is to transform our world. The objectives of sustainable development are a call to action by all countries – poor, rich and middle-income – to promote prosperity while protecting the planet. They recognize that ending poverty must go hand in hand with strategies that develop economic growth and address a range of social needs, including education, health, social protection and employment opportunities, while combating climate change and protecting the environment. The new objectives are part of an ambitious and bold sustainable development agenda that focuses on the three interrelated elements of sustainable development: economic growth, social inclusion and environmental protection.

What are the foundations of Sustainable Development Goals?

What is the link between climate change and sustainable development? 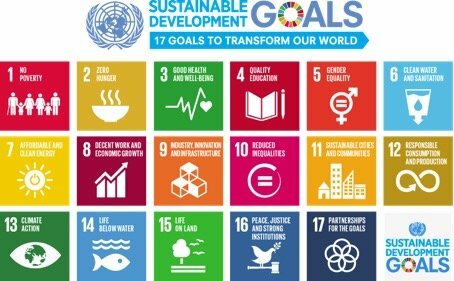 Objective 13 aims to take urgent action to combat climate change and its impacts. It is intrinsically linked to the other 16 objectives of the Sustainable Development Programme by 2030. To combat climate change, countries adopted the Paris Agreement to limit global temperature increase to less than 2 degrees Celsius.

Why do we need to act?

Climate change is now affecting every country and every continent. They disrupt national economies and impact lives. Today, the impact is great for many people, communities and countries and will be even greater in the future. Entire populations are already suffering the significant impacts of climate change, including unpredictable weather variations, sea-level rise and an increasing number of extreme weather events. Greenhouse gas emissions from human activities, which are the cause of climate change, are constantly increasing and are currently at their highest historical level. Without our action, the average global surface temperature is expected to increase during the 21st century and to exceed 3 degrees Celsius during this century. Some parts of the world may even warm up more. In addition, the poorest and most vulnerable people are and will be the most affected.